Growing up, I often fantasized about going into the recording studio and making an album. I imagined the glamour, the glitz, the magic moments I’d have whoever I worked with – and all the glittering, perfect photos I’d have to capture it all.

My first actual experience in the studio happened when I was 12. I’d written a song for a local competition and my chorus teacher decided to bring me in (and pay for it!)  so I could record it and enter the contest. I don’t remember many details about that session, but I do recall that it was rather boring. I mean: I was boring. At that point I was still painfully geeky and prim. So I came in with my music and lyrics sheets, sang the song in a few takes, and was done. Not exactly what I’d had in mind for the life-changing experience of getting into a real recording studio.

Working on my most recent album, however, was a whole different ballgame.

Back in 2016, I’d been working on my single, “CEO.” I knew it was the beginning of a new era for me – I’d found my sound and knew it. It was like coming home or remembering that forgotten line to an old favorite song. The journey of working on that single was one of self-discovery on a personal and a professional level. I finally knew what I wanted to say and how I wanted to say it, and I wouldn’t stop working on the single until it perfectly reflected that knowledge. A big part of that process was finding the right people to work with. I produce my own music, but I’d been looking for a long time for the right recording studio, and as importantly: the right engineer; someone who also knew production, but wasn’t going to try and drive or change my sound. I knew what I wanted it to sound like – I just wanted it to sound polished. During my adventures with “CEO,” I found myself at The Pie Studios in Los Angeles. I felt like Ariel in the Treasure Cave. It was literally the stuff of dreams for me: A giant collection of old analog synths including a custom Moog Sub, amazing Telefunken microphones, a baby grand piano, an array of percussion & mallet instruments, a bath tub full of acoustic and electric guitars, and all the accoutrements a real, reputable studio should have (like a bath tub) – a kitchen, multiple bathrooms, comfortable furniture. 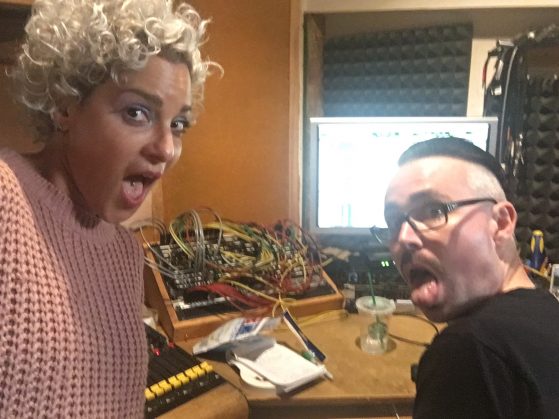 After recording the vocals at The Pie, I knew I’d found my studio. So months later I went back to record the rest of my album.  I was sold on not only the studio itself, which is impressive, but also on the one of the owners who worked with me on the single. Nels is an exceptionally talented engineer and producer. He didn’t step on my toes or try to change what I wanted for my songs. He “got” what I was going for, and made suggestions to help me weave a thread of consistency and polish throughout the entire album. He helped me make it sound…like an album. It’s so easy to write material, complete it, and end up with a collection of songs. I knew I didn’t want that. And I’d finally arrived at a point where I was no longer concerned about making my album sound “current” or like any other artist, or commercially-viable or any of the other temptations artists constantly fall into when hoping for real success. I just wanted it to be mine. I also wanted to enjoy the experience of making the album. I’m happy to say that I really did have that experience I fantasized about as a kid. 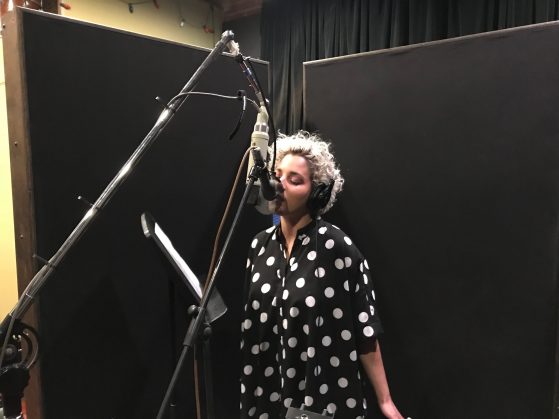 My experience writing and recording music as a young woman involved a long, arduous search for the right partners. That search involved a lot of men telling me that they could “fix” my music. I’d heard everything from “Your songs should be produced like Lady Gaga’s” to “You really need to redo all the instrumentation and have mostly strings” to “For $20K you can leave the tracks with us and we’ll finish your album.” No one seemed interested in what I wanted. No one told me when I’d made errors in recording my existing tracks. No one told me when I wasn’t singing as well as I could have, or when I did something that just sounded bad. These things are all critical to the successful completion of any musical project. While we need to stay true to the craft itself, and to the inspired creations we produce, we also have to make sure our egos don’t take over and push us over a creative cliff. The easiest way to screw yourself over as an artist is to either take too much feedback, or not take any. My development as an artist (and even as a person in general) had been so much about that fine balance – about figuring out what guns I was sticking to because it really mattered and felt right, and which were just a symptom of my stubbornness. To my delight, the process of creating my album involved none of the emotional gymnastics I found myself performing when working on previous projects.

The process of going into a real studio, and recording a real, coherent, consistent album is one I’ll never forget—and it’s something I definitely want to do again, and again. I knew every time I stood in front of the mic that I wanted *this* to be my life, that the act of making music is what puts, and keeps, me in my Divine Space—one that I never want to leave. So I hope to do it again soon. But first I need to get this one out, and I’m still in the process of figuring out how. See, making the album was the easy part…getting it out there can be hard. I’ll talk more about why in a future post, but in short it’s really about finding the massive budget to market one’s music so that enough people hear it. In today’s climate, if you want 1,000 people to like your stuff, you need about a 500,000 to be exposed to it. And when you don’t have the marketing budget of Beyoncé, making that happen can be a formidable challenge. But Ima keep on keepin’ on and looking for ways to break through!